It includes several ancient stone forts and churches, pagan standing stones, Seal Colony & Wild Life, Worm Hole to name a few. It really is impressive how such a small place has so much historical significance.

It also happens to be extremely beautiful and this alone is the main reason why a lot of people visit The most impressive of the stone forts is Dun Aengus. It is semicircular, resting on the edge of a perpendicular cliff rising 300 feet out of the ocean.

The fort consists of an inner court 50 meters across surrounded by a wall six meters high and five meters thick at the base.

Outside is a rampart, a defence formed by sharp-pointed stones set closely together. Dun Aengus superb position and its structural perfection, have prompted many experts to pronounce it as one of the finest prehistoric monuments in Europe.

There are about 1100 inhabitants on Inis Mor making it by far the most populated of the islands. The main village on the island is Kilronan, which has a quite large new harbor that accommodates a vast amount of tourist travel to the island. The best way to see Inis Mor is to hire a bike or take a Pony & Trap. You can also go bus tour which is also recommended.

Our rates are extremely competitive, with prices from €15 per day.

FIVE THINGS
YOU NEED TO KNOW
ABOUT INIS MOR,
THE ARAN ISLANDS

If you’re looking for an escape from the hustle and bustle of city life, look no further than Inis Mor Island. This beautiful and remote island is located off the coast of Ireland, and it’s home to some of the most stunning scenery in the country. Whether you’re interested in hiking, cycling, or simply taking in the incredible views, Inis Mor Island is sure to charm you. So what are you waiting for? Book your trip today!. Inis Mor island offers views that are stunning, such as the rocky cliffs and rolling green hills provide a dramatic backdrop to the bright blue waters of Galway Bay. There is much to see and do on this picturesque island, including cycling, hiking, kayaking, and horseback riding. Inis Mor is also home to some of Ireland’s most famous archaeological sites, such as Dun Aonghasa and prehistoric Celtic stone forts.

Transportation to Inis Mor is available from Galway City, which is a short bus or ferry ride away The Aran Islands are a popular destination for cyclists, as the roads are relatively quiet and the scenery is spectacular. The main road around the island is about 15 km long, and there are also some smaller roads that can be cycled. The best time to cycle on Inis Mor is in late spring or early summer, when the weather is mild and there are few tourists on the island.

1. Inis Mor is the largest of the Aran Islands, located in Galway Bay off the west coast of Ireland. The island is about 12 km long and 3 km wide. It has a population of about 900 people.

2. The island has a rich history and is home to many ancient sites, including Dun Aonghasa, a prehistoric fort dating back to the Iron Age. The prehistoric forts on Inis Mor island are thought to have been built by the Celts. They are located on the highest point of the island, and it’s thought that they were used for defensive purposes. The fort at Dun Aonghasa is the most well-known, and it’s said to have been inhabited up until the 12th century AD.

3. Inis Mor is also known for its traditional Irish culture, which can be seen in its dialect, music, and clothing There is no one “Inis Mor island culture”. Inis Mor is the largest of the Aran Islands, located off the coast of County Galway in Ireland. The Aran Islands are home to a unique and varied culture, which has been heavily influenced by the region’s harsh climate and remote location.

4. The Aran Islands are most famous for their traditional Gaelic culture, which is evident in the locals’ dress, music, and dialect. The Islanders are also known for their strong sense of community and cooperation, as well as their proud sense of identity. Despite their isolation, the Aran Islanders have been able to preserve much of their traditional culture over the years.

5. Visitors can also enjoy the stunning views of Galway Bay and the Connemara Mountains. The views from Inis Mor are simply stunning, and definitely worth the visit! You can see for miles in every direction, with nothing but the open sea and pristine cliffs as far as the eye can see. It’s a truly mesmerizing experience, and one that you’ll never forget. Make sure to bring your camera – you’ll want to snap some pictures while you’re there! 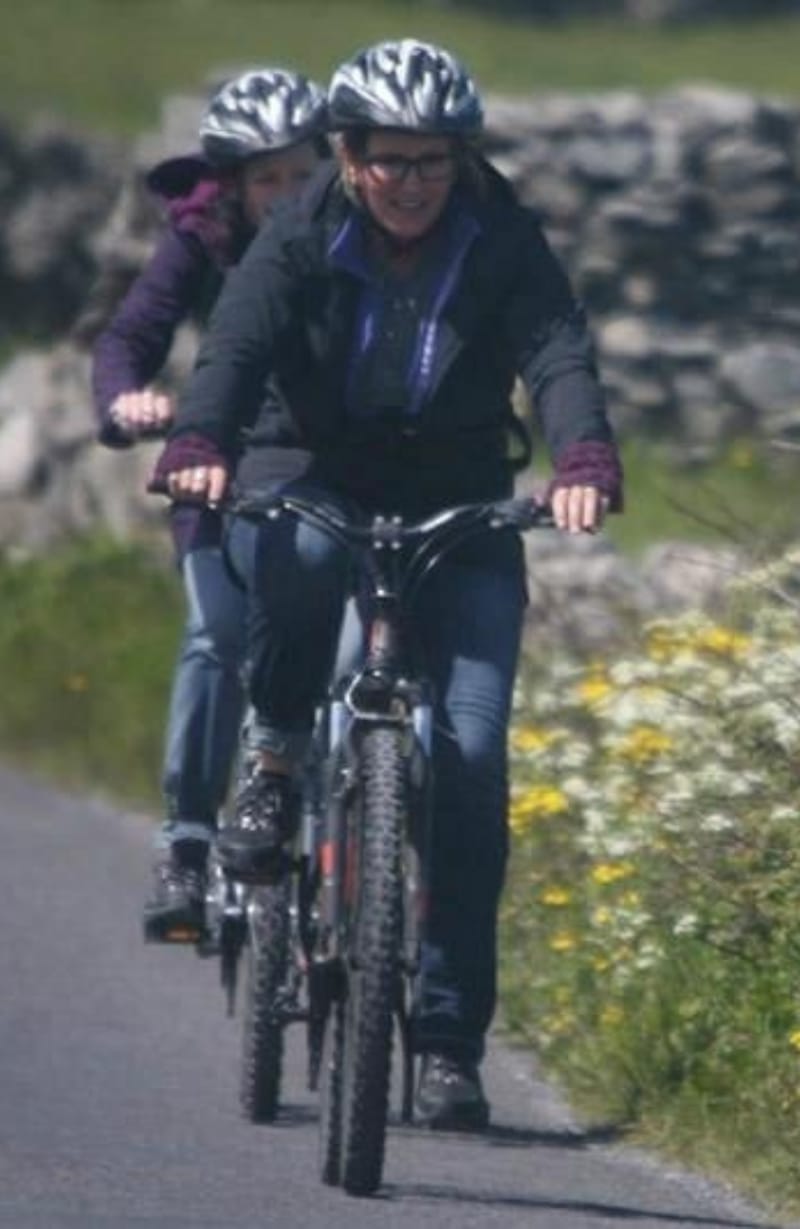 Holiday on the Aran Islands

We highly recommend renting a bike and exploring the island at your own pace. Be sure to stop by some of the charming villages and take in the stunning coastal views. And don’t forget to enjoy a pint or two in one of the local pubs – the atmosphere is unbeatable!

Inis Mor, the largest of the Aran Islands, is a great place to go for a vacation. The island has beautiful scenery, and there are plenty of things to do there. You can go swimming, fishing, hiking, and more. Plus, the locals are very friendly and welcoming. If you’re looking for a relaxing vacation spot that’s still off the beaten path, Inis Mor is definitely worth considering.

Inis Mor island hospitality is famous for a reason! The locals are incredibly friendly and welcoming, and they make you feel right at home. There’s no shortage of things to do on the island, so whether you’re looking for a relaxing vacation or an action-packed adventure, Inis Mor has you covered.